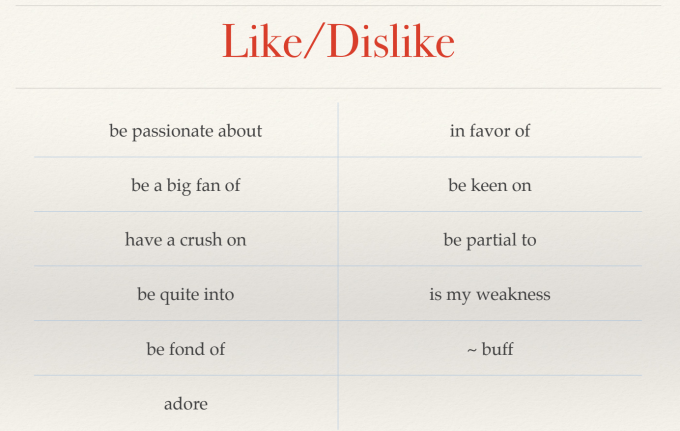 A reading and writing place

A trip by PT

A place where you visit

A piece of technology

A time when others helped

Young and Old People are two sections of people in the society that show differences between them in terms of their behaviour, nature, likes, dislikes.

First, I have to say there are many changes happened these years in terms of relaxation methods. Thanks to the ever-increasing Chinese people’s living standards and ever-growing Chinese economy, gone forever are those days when Chinese people were confined to just stay at home watching TV or chatting with family and neighbours: here comes the time when we are offered millions of options: going clubbing, joining all kinds of clubs…whatever you name it.

It’s said that East and West can never meet up. As they differ in history, religion, political system etc.; differences are clearly seen in Eastern and Western ways to deal with education.

It’s said that East and West can never meet up. As they differ in history, religion, political system etc.; differences are clearly seen in Eastern and Western ways to deal with wedding customs. Chinese weddings feature arm-crossed drinking, bowing before parents, bowing to each other; However, western countries are a totally different picture. Wedding in western countries feature ring exchanging, cake-cutting, taking-the-wedding-vows. I guess it is a natural result of different social background, cultural backgrounds and ethnic backgrounds between China and western countries.

Pros and Cons of Technology

The mobile popularity has always been the topic that is widely talked about and debated. It has its distinct advantages and disadvantages. Let me get started from the bright side. Speaking off the top of my head, the mobile internet improves the efficiency of business, more quickly responded feedback mechanism, and the lower managerial cost etc. And of course we can’t ignore its dark side. The first thing is that this newly-emerging things alienate people, people are more likely to communicated virtually without face to face communication. Another disadvantages springs to mind is…I think these are two sides of the same coin.

After the industrial revolution urban population all over the world is increasing. There is a rapid migration of rural people to urban areas for jobs and better living. As a result the population in the towns and cities are increasing and rural population is dwindling. The rapid in rush of people to the urban areas is pressuring its limited space and cause all type of health and environmental hazards

Immigrants has always been the topic that is widely talked about and debated. It has its distinct advantages and disadvantages. Let me get started from the bright side. Speaking off the top of my head, it improves the industrial production, the production in various industrial sectors like cement, iron and steel, textile, fertilizers ,computing etc; another benefit is that the immigration increases diversity in religion, culture, food and even fashion, and of course, we can’t ignore its dark side. The first thing is greater property; another disadvantage springs to my mind is the increase in crimes.

What do you think a good…should be like?
What qualifications should a good…have?

• I think the most important characteristic of a good teacher can have is to be friendly and congenial with his students. It is a plus if his students can share their problems with him, without being afraid or hesitant.

• Students always get attracted to teachers with good personality which leads to better communication, understanding, and ultimately good results.

• One of the very important characteristics of a good teacher is his communication skills. He should be a very good speaker.

• As there is Turkish proverb: “If speaking is silver; then listening is gold.” Remember, a good listener will always have many friends and fans.

• The last but obviously one of the most important characteristics to have in his box of qualities: he should be a gentle, kind,

• In order to properly understand the case, all lawyers must listen to their clients. Without listening skills, the lawyer will miss pertinent information. For the strongest case possible, the lawyer must understand every aspect of the case and look at it from all angles.

• All lawyers must be able to speak clearly and concisely. A lot of lawyers are comfortable in front of a large group of people, but they lack the ability to form a logical thought that gets his/her point across. Another aspect of speaking skills is to understand legal terminology. Legal professionals have to be able to understand and explain the terminology to the client. If you can’t understand your lawyer, then neither can the jury.

• This is a skill that not every lawyer has, which a lot of clients find out about quickly. All lawyers should respond to their clients, law partners, secretaries, and anyone else involved in a case. Putting off a conversation or not being readily available as often as possible can result in a failed case because the information the client wants to provide is crucial to the case’s integrity

• All lawyers should be able to look at any situation and analyze it from all points of view. Criminal defense attorneys have to look at the case from the view of the prosecutor, and vice versa. All lawyers must be able to take in large amounts of information at a time, organize it, and understand it on the spot. When a case
is in session, curveballs will likely be thrown and they have to be able to interpret and respond to them appropriately.

• These are the friends that aren’t afraid to give you a wake-up call whenever necessary. A real friend will tell you what you need to hear because they care about you.

• We all have our quirks, and a real friend will love you for who you truly are. We all need friends that we can be weird and goofy around.

• Real friends are thoughtful and are willing to be there for you whenever you need them. We are all climbing a different mountain, and genuine friends will care about your problems as much as their own.

• In any relationship, it’s important to meet in the middle. Friends will have disagreements from time to time, and when that happens, it’s best to work out a solution together.

• You won’t always agree with your friends, but that’s okay. True friends welcome and respect your thoughts and opinions. They want what you want for yourself and vice versa. What makes a friendship unique is that both people aren’t exactly the same and have a variety of opinions.

• Through all of our lives, people come and go, but loving friends will be in it for the long haul. We all experience different seasons throughout our life, and true friends will want to stay because they care about you.

Tradition is the collective wisdom and modes of behavior of the ancestor’s cherished and ritualistical iy observed by the present generations. Tradition is also belittled occasionally when it is seen to sanction or promote unscientific and superstitious conduct and beliefs. Modernity as opposed to tradition refers to an outlook that is generally future oriented and forward looking. Modernity rests on a rational interpretation of religious, social and economic institutions and phenomena. Modernity is identified very often with the industrialized western civilization where the family relationships, legal institutions and statecraft underwent tremendous transformation following the Reformation and Renaissance.

Group work is important for helping students learn how to resolve disputes, and it gives them an insight into the real working world. Benefits to the teacher include being able to assign complex assignments, which are easier to complete when several students are working on them.
Group work is a useful way to reinforce certain skills among students, including:
• Managing their time and making plans
• Negotiating with others and resolving disputes
• Approaching difficult tasks by breaking them down into smaller steps
• Communicating with others and challenging their ideas
• Appointing roles and learning from others’ perspectives
• Learning how to use support from their peers to take risks and try new things
• Finding ways to be held accountable when working as part of a broader group
• Working independently and having confidence in their own ideas.

have a good day.